Print & Play Games
About Us

Where it all began…

I have been playing games all my life. In my early childhood, I played the standard fare: Tic-Tac-Toe, Jenga, Uno, Monopoly, Battleship, Chess, Backgammon, Clue, Pictionary. Then I started playing “wargames” – Stratego and Risk as well. Many years later, I ordered Axis and Allies, at the recommendation of some friends. This was my introduction to the entire subculture of gaming. Not having a lot of spending money, I started looking into “free games”. I found games that I could download and print out “for free” from the internet, and I printed out Battle for Moscow and First Blood: Battle of Guadalcanal.

Then, I discovered BGG (boardgamegeek.com). I had been on the site before, as I was in this variant frenzy for Axis and Allies. I probably had collected a hundred of variants and new rules for Axis and Allies. I even was devising some myself. I joined BGG, purely to download some higher resolution pictures of some of the Axis and Allies games. About that time as well, I purchased my own computer and received a free printer with it. If I only knew what that printer would do to me…

I jumped headfirst into BGG, it was my facebook for gaming. I spent a lot of time there, finding hundreds of more free games I could print out. My tiny inkjet printer quickly became my new friend. Soon after I began to upload pictures of my own creations, people were asking me for copies for themselves. I realized I could save money by buying paper and parts in bulk. I found I had a lot of excess parts and started selling them to make some side money to support my “free gaming” hobby.

I started Print & Play Productions officially on June 3rd of 2009, from a page on BoardGameGeek.com . I got a $500 loan from my family and siblings and went off to Craigslist to look at used printers. I got a couple of used machines and I was off. Two and a half years later, I finally buckled down and built my own site out of WordPress and a plethora of different plugins. I was still living with my family at this point, and my bedroom was becoming my prime office space. It was getting a mite crowded, and every wall was full of stuff, stacked up to the ceiling. I started employing my siblings and teenage friends of mine.

I continued growing the business a little more each year. Once I finished up highschool, I started going to college (Portland State) which was a 45min bus ride away. Still living at home, I was working full time and going to school a little less than full time. Finally, I realized I was trying to do too much. I dropped back on school to work on the business. Eventually I realized school was not for me, and I started working on the business full time.

By October of 2013, my bedroom was VERY full and the garage was about half full of my stuff. I started looking for office space. I looked at a small office in Vancouver, WA (just across the border from Oregon) and signed the papers for it that day. (There is way less paperwork involved in signing an office lease as opposed to an apartment lease. I signed one document for the office and about a dozen for my apartment) I got a U-haul truck and moved. A week later, we were astonished at how much more space I had after everything was organized. I also moved up to Washington to be closer to the office.

A year later, October of 2014, the once large office space had become not so big anymore and stuff was once again stacked up to the ceiling and the pathways were barely a person wide. I rented the office across the hall and we had a moving-in party. Half of the stuff was transferred over there. More space again!

As of February 2016 Print and Play Productions was purchased by AdMagic. We are very happy to be a part of the AdMagic team! I am now the Regional Manager of the West Coast division. Since then, our office space has expanded to the entire upper floor (during 2015 we doubled our office space, doubled our sales, tripled our inventory). Despite our growth, we have worked hard to maintain our character, quality, and personal connection with customers.

We work closely with Admagic and handle clients that need smaller print runs. We also work with Breaking Games (another arm of Admagic) to handle publishing new titles. Most of us at the office love board games, so we do a lot of playtesting of games as well as just play games for fun during office breaks. 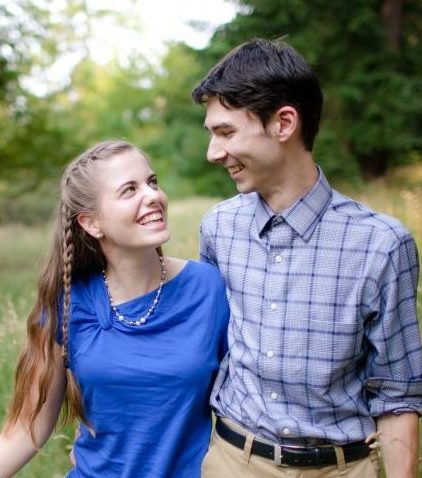 I am happily married, and living in Vancouver, Washington. I go to as many game conventions as I can, currently about 8 a year (Gen Con, GeekWay to the West, BGG CON, GameStorm, Camas Con (twice a year) and a few smaller local ones). I am a Christian and strive to love the Lord with all my heart. I listen to all kinds of music but enjoy Christian, Country, Irish, Folk and Acappella. I go to church at First OPC (Portland, Oregon) and visit other local churches when I travel (which is currently about half of the Sundays in the year!). I have friends all over the US who I’ve met because of the game conventions and I wish they were all much closer to me. I am currently working on publishing my own game (Flick Wars) through the company.